Finnish NHL Hockey Players Give Back

Canada Finland Chamber of Commerce (CFCC) is proud to support Canada Finland business relations and promote Finnish initiatives, both in Canada and in Finland. 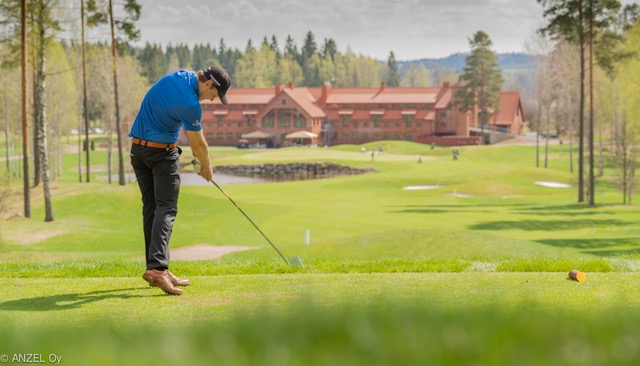 Former prime minister Esko Aho of Finland, was briefed of the urgent need for funding by Börje Vähämäki, president of Canadian Friends of Finland Education Foundation (CFFEF).  Mr Aho, who feels strongly about the program, contacted Jari Kurri and the idea of a charitable Golf Tournament emerged. The tournament would include former and present NHL hockey players.

Vanajanlinna golf course will be hosting the tournament that feature several NHL players on August 6, 2018. Vanajanlinna is close to Hämeenlinna, Finland.

The event is open to the public and to the Finnish and Canadian businesses and corporations. Each team of 4 players will have one NHL player in the group, 25 teams in all.

All proceeds will go to preserve the Finnish Studies Program at the U of T. Registration cost is EUR 3,500+ 24% HST, including breakfast, lunch and all playing expenses. Anyone who is interested in participating should contact Päivi Yli-Kyyny,

It is simply outstanding that players like Jari Kurri, Kasperi Kapanen, Leo Komarov, Saku Koivu, Esa Tikkanen, Jere Lehtinen, Teppo Numminen etc. are donating their time and effort to come golfing for the future of Finnish Studies in Toronto, Canada!

A big THANK YOU to all participants!

Member of the Board of Directors, CFCC